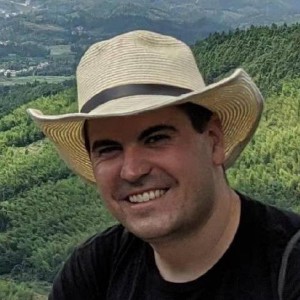 Joe is the founder of Joe Knows Electronics.

The End of An Amazon Era

Joe Knows Electronics has had a long relationship with Amazon. We started out as an Amazon seller in April of 2010. At that time LEDS were only available on Amazon in a quantity of 1 at a cost of around $1 each + $3.99 shipping. We saw an opportunity to fill a void. We started selling 25 packs of LEDs for $5.99 with free prime shipping.

After finding success in selling LEDs we moved on to provide other parts like resistors and capacitors. We stuck to that original idea of bundling components to maximize value. For resistors, rather than just sell one ohm value we sold 86 together. Most parts that someone might need could be purchased together for a single low price.

At first we sourced pre-made kits from China but quickly learned that people wanted more, both in terms of quality as well as organization. We undertook the task of setting up production to make thousands of kits a month, each containing hundreds of parts. It required hiring people, setting up a factory, and setting up a business process to manage all of it. The end result was the capacitor and resistor kits that became famous.

Then growth stagnated for the same reason we were successful. Working within the Amazon system meant producing products that met a certain price, size, and complexity target. If a product was too cheap the Amazon fees would be higher than the cost of the product itself. The shipping costs for a small product shipped under the prime program were the same as shipping a larger product like our resistor kit. If a product was too simple there were 1000 (literally) other sellers undercutting each other to sell that same product. Only products that were too complicated and time consuming for sane people to manufacture, like our resistor kits, could find success and profitability. However, most electronics products don’t have a range of components that make sense as a large kit. There were some attempts to strike out at the fringes of what components people might buy but we never found success like we did in our core capacitor and resistor kits. The magic of Amazon that gave us life was also smothering our ability to grow.

Over the years we continued to produce our handful of core products and we did the job well. Products stayed in stock and quality was consistent. We cut costs where possible and made the process more efficient.

Over the same years Amazon also got greedy. We went from paying 10% commission to 15%. Instead of a fulfillment cost per order plus a low fee on extra units in the same order they started charging the full fulfillment cost on every single unit. On top of that Amazon started listing our products on page 3 of results or worse unless we spent 20-40% of the retail price in advertising. The walls were closing in over the years and there was no clear answer. Amazon makes up the majority of all online e-commerce, our sales were consistent, and it made sense to keep up the status quo rather than erase everything and try again. We made the product to work well with Amazon’s pricing structure and they wouldn’t make as much sense if sold on our own website. We also didn’t have the variety of products to sustain our own website. We made just a few SKUs in massive industrial volume.

In 2019 sales had fallen to the point where we were scaling down production in a major way. It was time for a change so we came up with a plan. It was a radical plan to phase out all of our products and move away from Amazon completely. Rather than sell larger assortments of parts we would sell those same parts as smaller assortments. We would abandon Amazon Prime and create our own prime in a way. Many of these smaller assortments could be purchased together to build your own kit. All of the components would follow a standardized packaging scheme. Components like resistors could be ordered in a smaller range of 12 values or as a complete set like what was available in our older set of 86. This had the following advantages:

It was a great plan. The secret operation to overthrow Amazon was underway. The first products, our resistors, were a couple of months away from being available on our website when the empire (Amazon) struck back. In August we received an email from Amazon stating that our Amazon account had been suspended due to us having more than one Amazon seller account. But of course we don’t. We appealed their decision at least a dozen times but each time they simply state that we need to provide evidence that we don’t have a second account. They had given us an impossible task to prove that we don’t have something. We fell victim to the guilty until proven innocent policy of Amazon. There was no way for us to get in touch with a real person at Amazon. So that’s it. Tens of thousands of orders shipped via Amazon over the years comes to an abrupt end like turning off a light. We were already on our way out the door. Maybe an Amazon AI detected as much and they used an impossible to solve task as an excuse to kick us out.

We were left in an awkward position. The new products weren’t ready yet. The old products had nowhere to be sold. We ended up selling all of our Amazon inventory at cost to another Amazon seller. We rushed to finish production of the new products. Our core product, resistors, are now in stock with the updated packaging. We will be releasing hundreds of new products under a strict monthly schedule.

The apparent moral of this story is that Amazon is evil. But we already all know that. They gave us a great opportunity in the beginning. We’ve now broken free of their chains completely and we’re going to build the best darn electronics supply store the world has ever seen. The vision is clear and the route has been mapped out. We will have the lowest price on a per component basis available from any US based online store.

Sometimes it takes a bit of pain to push us to where we need to be. That’s true in both business and in life.

Joe Knows Electronics is an electronics prototyping store. We sell all parts that help students, engineers, and companies build the products of tomorrow.

We’ve been in business since April of 2010. We are an American owned small business.

Exclusive discounts and new product announcements. Be in the know about what we have coming.

Stay in the Know